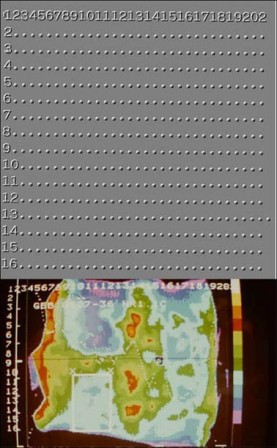 SUMMARY BACKGROUND:
This study was conducted from 1982 to 1983 in a general practice and has not been previously published because of time constraints. The study is based on a number of not yet explained observations: abdominal pain that frequently appeared in the abdominal skin and persisted for longer than three months, is lacking any explainable substrate. Such pain disappeared with an intra-cutaneous or subcutaneous injection of a local anaesthesia and generally responded moderately to NSAIDs, and better to pharmaceuticals containing metamizole. Local anaesthetics were prescribed as prostaglandin agonists-antagonists and NSAIDs were prescribed to inhibit their synthesis. It is known that prostaglandins play a role in vascular circulation, but NSAIDs do not. The objective of the study was to investigate if local inhibition of prostaglandins with NSAIDs could affect the thermal image of patients with abdominal wall pain.
NULL HYPOTHESIS:
The null hypothesis: infrared thermography does not detect changes in abdominal wall temperature during an intervention with prostaglandin synthesis inhibitors for abdominal wall pain.
METHODS: Infrared thermography was chosen as the effect measurement because of the relationship between prostaglandins and vascular circulation, and because of the expectation that abdominal wall pain is sensed in the skin. The intervention was conducted with two types of pharmaceuticals, of which one (indomethacin) affects prostaglandins synthesis, and the other (metamizole) is regarding as similar in biochemical action. Avicel® was used as the placebo. A double-blind, placebo-controlled cross-over study with pharmaceuticals in low dosages was conducted.
RESULTS: 57 patients were included in the study. The pain site was cooler than the surroundings in 44 of these patients; The pain site was warmer in 13 (p=0.01). The pain site was significantly cooler than the reference area after use of indomethacin (p<0.01). The pain site was also cooler after use of the placebo (p=0.03). The pain sites were cooler compared with the baseline with every intervention (p<=0.01). The population was split in "cool" and "warm" pain, and then with each intervention the cool places became warmer and the warm places became colder.
CONCLUSIONS: The null hypothesis was rejected. There was a measurable effect of pharmaceuticals in low dosages. All substances used showed a significant change of temperature compared with the baseline. They led to significant temperature increases on cool pain sites and temperature decreases on warm pain sites. In addition, the placebo is measurably not always as inert as it is believed to be.