Not everybody has the same opinion about chronic pain . 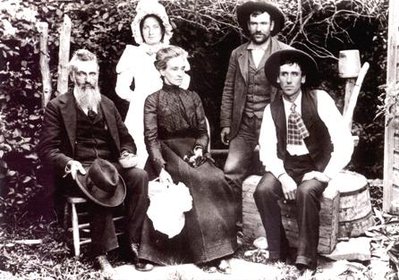 The IASP (International Association for the Study of Pain) has for definition: an unpleasant sensation and emotional experience with real or possible tissue damage or described in terms of these.
The NHI (National Institutes of health) says: Chronic pain is often considered pain lasting longer than 12 weeks. Chronic pain can arouse from injury or disease but there could be an unexplainable reason.
In 1982 the Pijnstichting Nederland said: Pain is when it hurts. It is a subjective emotional experience. The pain is chronic when it lasts longer than 3 months.
Wikipedia says pain is chronic when it continues after the expected period of recovery. This may vary from 120 days and one year. The common component in all these approaches is the existence of pain when the underlying cause has disappeared and only the pain remains.
The IASP keeps its most options open by assuming a tissue damage possibly is still there or can be experienced as such. The most common opinion is assuming that there has been a tissue damage previously from the pain, but at the time of investigation in which no medically objective phenomena have been found, is no longer present. For some unknown reason the signal has remained and is coloring the experience with pain. Pain then is a rest phenomenon and no longer an active signal. All kinds of treatment situations have been developed in the psychological field, starting from learn to deal with pain. In the acute phase of pain it is an alarm signal of the body: something is wrong. So we want to know what caused the alarm.
Chronic pain with findable deviations.
The medical problem is that the pain may remain after the cause has disappeared. Scar pain after amputation of an arm or a leg is a well-known example of this. Dealing with pain is an important element with this pain treatment. But there is also pain when no source is found. So doctors search for it. In a large number of pain complaints most various causes are found or the pain is supposed to be a result of it. Literature is full of it. Often the treatments following from these are being described as more or less successful. Especially successful. This causes doubt, doubt which the IASP has concluded in its definition.
Chronic pain without findable deviations.
The problem remains that pain cannot be objectivated or is that something as well that should be doubted? In 1954 in an investigation by Baumann and Uekert it was determined that about 75%of the pain spots on the SKIN has a lower temperature than its surroundings, 25% a higher. In two other investigations (van der Veen) in 1982 and in 1989 were found respectively 77% and 84% cold spots. These values were statistically significant (P<0.001) So much for that it seems that the pain spots do have findable and measurable aspects. In the investigation of 1989 a statistically significant correlation was found between temperature of the SKIN in the pain areas and the pain experienced. This investigation has only been published in 2014. It has not been imitated (yet) so there is no certainty that these findings appear to be correct at repetition. In 2008, indeed apart from this an investigation by a Danish group was published in “Pain” from which transfer of stimulated pain statistically significant was determined and the temperature of the measured pain spot had increased with regard to the temperature before the experiment. The IUD insertion investigation gives a temperature increase on the skin as well. All these investigations indicate that “active” pain gives a temperature increase on or in the skin. Then what does the temperature decrease on more than 70% of the pain spots mean? Scientifically this is not clear yet. Most obvious is that it concerns here extinguished processes, meaning scars, completely levelled to what IASP's definition indicates: tissue damage. This kind of pain spots is not new. They are known as Head zones.
Still findable deviations.
From 1893-1908 Head published his investigations in “Brain”. So this was more than 120 years ago. In regular Anglo-Saxon literature not much of that has got through, although many investigations have followed his track. Only physiotherapy uses this on a daily base but in fact physiotherapy is not considered a regular therapy. The effect has not been proven unambiguously, even though you don't hear the Association against Quackery.

In 1962 Hansen and Schliack published a standard work at Thieme Verlag in Stuttgart: “Segmentale innervation. Ihre Bedeutung für Klinik und Praxis” As a result of lack of interest the book was taken from the market and the publishers rests were destroyed. The book contained more than 500 literature references. In the Netherlands and in the Anglo-Saxon medical world it is hardly known. In these Head zones also other deviations occur except temperature changes, visible and sensible. The skin is stiffer, has a higher electrical resistance than its surroundings, there is more perspiration than in a normal skin. A slight stretch of the skin evokes a very sharp cutting pain. Temperature decrease can evoke spontaneous pain. The spots are sensible to humidity in the air, draught and atmospheric interference. Stress reinforces these effects. The skin is more vulnerable than normal skin and infections such as the Herpes zoster virus occur easier. None of these phenomena are used in normal regular pain investigation. Reason: unknown. There are findable deviations enough indeed and especially in those spots that can be easily detected by infrared thermography. So findable deviations yet? Not findable because one does not look for them. That seems to be the case. Possibly the bottleneck is in the opinion that old investigation, that is to say, more than 10 years old investigation has expired. Found obsolete and worthless. The things that did not succeed in achieving a place in the medical opinions seem not to be worthy of that place(anymore). Old investigation no longer meet the requirements of modern time. And there is no time anymore to evaluate these investigations. One easily forgets that at least 70 % of the modern medical opinions is based on that kind of science combined with experience and tradition without even that science. Old oil wells being made profitable by steam injections. Modern technique applied on old technique. You hardly see this in the medical world. No interests ?. Prof. Huygen mentions in his maiden speech the interest of chronic pain and says: Chronic pain belongs to everyone. He means that chronic pain does not belong to one specialty but that every medical specialist (general practitioners are specialists as well) gets to deal with it. As a result of this each specialism has also commercial interests in chronic pain.
In 1985 the Pijnstichting Nederland already calculated that chronic pain cost 3.5 billion guilders health care cost on a yearly base, based on the working population. Between 1975 and 1985 the size of the group of chronic pain patients increased by 60% and the cost by 300%. The increase was linear, about 10.000 patients per year. If this increase has continued than the Netherlands now have about 600.000 chronic pain patients among the working population and thus about 1.2 million among the entire population. That is 7%. At this moment the number is estimated by various organizations to be the double. That seems to be too high, considering the expense with regard to the insurance contribution revenue. Anyway, this means that the number of pain patients is increasing. If the cost for medical investigation and help would have increased as much as in the period of 1975-1985 then they would amount 900% with regard to 1985, not included the exponential component. That would mean 9x 3.5 billion guilders per year for the working population. For the whole population this would mean 2x9x1.6 billion euros per year. Assuming an increase of the number of patients up to 14% we can count on minimal 58 billion euros per year. The health care expense then is between 30 and 60 billion euros per year. That is 12% to 24% of the total 2015 budget. An enormous amount of money of 1700-3400 euros per Dutchman. At an average health care premium of 3000 euros per Dutchman an expense pattern of 3400 euros is not realistic. In that case Prof. Huygens statement that chronic pain is everybody's problem comes close to the truth. To the health caretaker this is more an interest than a problem. In fact a real solution does not benefit the health caretaker. He or she then is taking the bread from his/her own mouth.

All this together makes chronic pain a limited problem and an important interest for coordinating players.
Result.
The resultant then tends to more service, more modern and thus more expensive techniques and higher cost. That is just what measurably takes place since 1980. Coincidence or not.
There is hardly any structural knowledge increase. The investigations published in 2013 and 2014 have been tested on relevance and outdated in 2012. They have been published in the years 1981,1982 and 1988. Only one other investigation has been published in 2008.
The NWO organization does not contribute to an improvement of this situation.

Conclusion: Chronic pain belongs to everyone but its responsibility seems to belong to nobody. As a result of balance of interest a change on short notice can hardly be expected.